Uterosexuality And Motherhood – How They Interconnect

Let me introduce you to my term: the female, lesbian or straight, Uterosexual!

Explained in simplistic terms, a uterosexual is a woman who is able to publicly acknowledge the precious and immense importance of her femaleness and the rewarding friendships she has with her close female friends.

This is a woman who probably greets girlfriends with a kiss on the cheek, and farewells them with a hug. This is the woman who perhaps will grab a girlfriend’s hand during a movie’s saddest moment; and will always wipe a friend’s tears during life’s saddest moments. This is a woman who can engage in engrossingly honest and deeply personal conversations with a bunch of girlfriends; or dance at a party with rapturous delight in a covenish circle of women to the likes of Shania Twain’s ‘Man! I Feel Like A Woman!’ 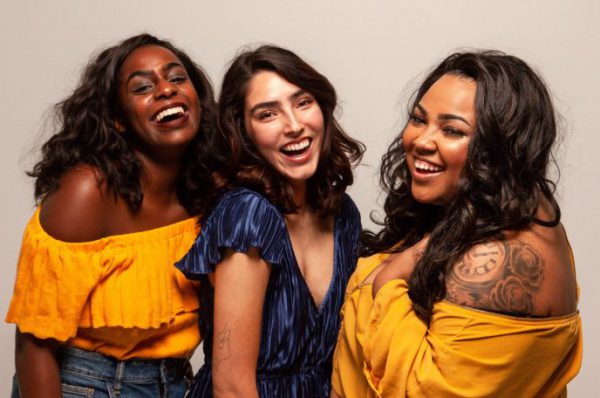 An uterosexual is a woman who is very proud to be female. And often, motherhood can be the trigger that allows a woman’s uterosexuality to, as they say, come ‘out of the closet’.

The first modern wave of the movement to vehemently oppose the long-held belief in women’s second-class citizenship came with the suffragettes winning the right for women to vote; later, two world wars saw women doing the work of men.

The second wave came in the 1960s and ’70s, with women’s liberation, the sexual revolution, widespread use of contraception and economic equality. It was the prophesised ‘dawning of the New Age of Aquarius’ (which saw patriarchy being slowly forced to give way to matriarchy).

Some women live their entire life in denial of any uterosexual desires, by choosing not to invest time or effort in establishing friendships with other women — or they only do so with a cautiously selected one or two. Sometimes, this can be due to snobbery, or to a debilitating shyness. Sometimes, it can be due to an abrasively de-feminising level of exposure to the testosterone-driven corporate rat-race, a dutiful loyalty to the sanctity of marriage, or a fierce level of personal self-reliance and independence. There are a lot of potential reasons — it’s a complicated subject.

Many new mothers feel a little uneasy and uncomfortable about discovering their uterosexual side, because they’ve never been one for having a lot of close girlfriends who they open up to, or perhaps they’ve always ‘preferred the company of men’. But motherhood awakens their pride in being a woman, and they begin to discover the real benefits of female friendships. When they allow it, motherhood can enable women to become more open and receptive people, providing them with a developing talent and confidence to make new contacts.

Uterosexuals naturally understand that when a woman is feeling over- whelmed with anger, sadness, fear or sorrow, it is the little girl within her — the one with clouded vision — who is feeling vulnerable and aware of what she is missing … and Uterosexuals intuitively know that while she’s down, all she really needs is an empathetic non-judgemental and loving reassuring ear to listen to her. Uterosexuals instinctually know that with support, patience and understanding, their girlfriend’s darkness will be temporary, and that she will eventually spontaneously rise up from the ‘depths of her well’.

So I encourage you, as a woman and mother, to open your heart and free any inhibitions of your own uterosexuality — because developing a wide circle of close girlfriends can be marvellously enriching. As someone once said, ‘The worst solitude is to be destitute of sincere friendship.’

The Carousel would like to thank Kathy Fray for her article.